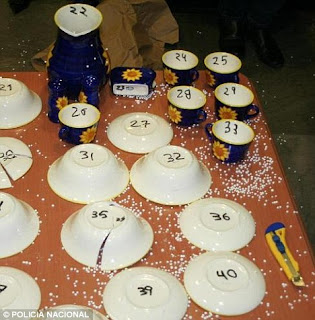 Ok, I always joke about having a white powder problem, being in ceramics, but this is ludicrous. Apparently drug smugglers in Venezuela figured out how to compress Cocaine to look like dinnerware.
I give them points for effort, and points for choosing dinnerware as their forms. But this idea was totally used in both the movies Running Scared and Traffic, although both films used toys.

A 42-piece crockery set made entirely of compressed cocaine has been seized by Spanish police.

Forty-five pounds of the drug were sculpted into a cheerful set of plates, cups, pots and saucers - painted blue and decorated with sunflowers.

Teatime: Some of the 42-piece dinner set constructed entirely of compressed cocaine that has been seized by Spanish police

It was sent by recorded delivery from Venezuela to Barcelona via London.

Now police have arrested a 35-year-old Spanish man, known only as JVLL, who is believed to have received the crockery in the mail, after an international investigation.

They believe JVLL was forced into the deal by Venezuelan drug lords. The dealers had hoped to treat the drug and then sell it in Catalonia, police said.

Spain has the second-highest level of cocaine consumption in Europe after Britain.

Posted by Matthew Katz at 10:56 PM No comments:

Email ThisBlogThis!Share to TwitterShare to FacebookShare to Pinterest
Labels: Just Cause 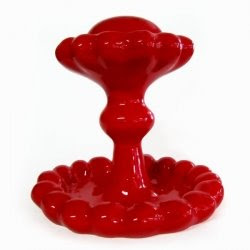 Via: Not Cot
Posted by Matthew Katz at 10:51 PM No comments: 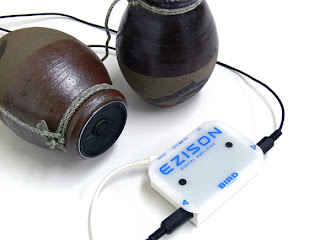 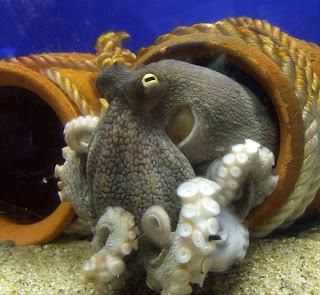 To the previously posed question what is it.
What we have here are speakers, that are made from octopus traps.
Pretty cool.
From Bird Electron
Posted by Matthew Katz at 10:39 PM No comments:

Email ThisBlogThis!Share to TwitterShare to FacebookShare to Pinterest
Labels: Re-Cyc-Ling 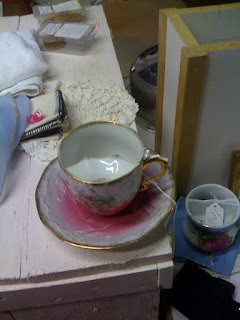 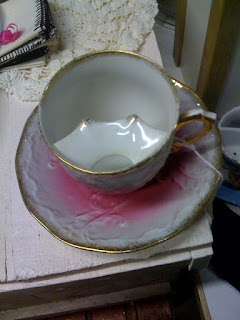 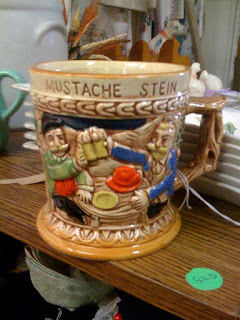 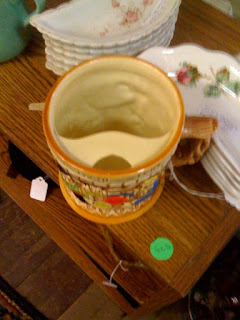 Miss Rose and I were out antiquing over the weekend and we made a discovery. I had to take these pictures covertly, so the antique store cats didn't attack me for taking illicit photos of pottery.
Now this may be old news for most of you, but I have to admit that in my 15 years in Ceramics, I have never seen these things. In one antique store we saw 4 different ones (not even in the same booth).
As a mustachioed gentleman myself I applaud the makers of these cups for their consideration of my cookie duster.
I was in a critique the other day and we were talking about notions of Victorianism. Now, I am in no way one of those folks who say that "things were better back them". I love my iPhone, and indoor plumbing thank you very much. But the over consideration that took place in the Victorian era was kind of wonderful.
I obsess over function in pots and this is truly functional. Yet there is no way in hell that I would ever use this cup. Yet, It is so charming and un-earnest. I find the adoption of earnestness to be a rising issue in pottery. I'm not really interested in the earnest pot. I am not interested in modern primitives. The whole point of progress is to move forward. The looking back is has value to see where we came from. I can't believe that it has value in recreating as a way to move forward. That is what Colonial Willamsburg is for.
Posted by Matthew Katz at 4:23 PM No comments:

The Son of HYPERCOLOR 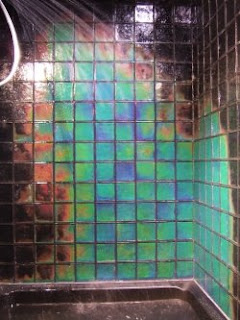 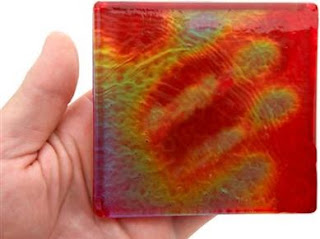 Ok, everyone who was between 10 and 15 in 1990, knows exactly what I am talking about.
These thermally activated tiles are neat. But anyone remembers their hyper color, also remembers about a month after getting it, being left with a muddy pink t-shirt. I hope this lasts longer.
Made by Moving Color
Posted by Matthew Katz at 3:58 PM No comments:

Email ThisBlogThis!Share to TwitterShare to FacebookShare to Pinterest
Labels: Tiles to die for 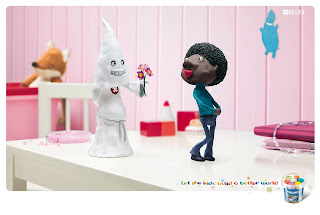 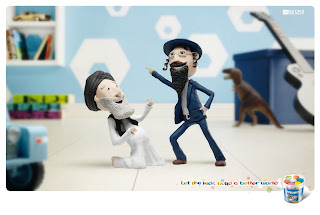 Ok. I stole the headline, from Gwaker, who stole it from copyranter. But I love the images.
Apparently they are from Beck's who is the European version of Play dough.
via: Gawker
via: copyranter
Posted by Matthew Katz at 3:51 PM No comments:

Email ThisBlogThis!Share to TwitterShare to FacebookShare to Pinterest
Labels: Just Cause 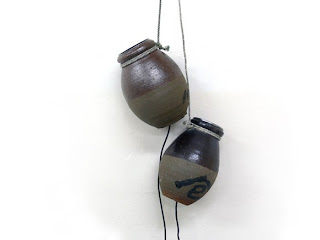 Ok.
So, this is a guessing game. In a few days I will post the answer.
But here is a clue.
This is one thing, made from two things. Each of the two things were originally intended to hold eight things.
Posted by Matthew Katz at 3:43 PM No comments: