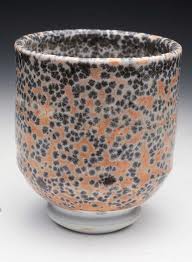 Like very many folks, I suspect, Malcolm Davis bounced into and through my life in clay at rather high speed and with seemingly boundless good humor. If you were around, that meant you got to share in the fun too! He was also genuinely humble, and one of the kindest people I have ever known besides.
I met him at my first or second NCECA. He was nationally famous by then and had dropped in on a carbon trapping breakout session where someone insisted on holding forth at great length on the only right ways to do anything and everything involved with trapping carbon in a glaze. Malcolm corrected the blowhard a few times, but each time with such ease and pleasantness that I think the guy never even figured out who Malcolm was!
Later I had the good fortune to spend a few days in one of Malcolm's workshops. The conditions were abominable. Malcolm was privately furious. He was also the quintessential professional. I doubt that anyone else in the workshop was aware of what he had to put up with. With his unflappable good cheer he brought off each session without so much as a hiccup, and kept all of us laughing along the way.
We collaborated on a magazine article, spoke at NCECA, and corresponded via e-mail. Along the way I learned that Malcolm had his serious side, too. There were glimpses of it when he gave the closing lecture at NCECA in Philadelphia. In between the smiles and jokes and laughs it was clear that art was serious to him and that the welfare and humanity of people was serious to him, too.
As skilled, talented and hard-working an artist as Malcolm was, I think he would be one to agree with the note I received regarding him this morning.  "It occurs to me that if you are remembered for being a positive and loving person," it said, "it seems a life well lived."
Here's to you, Malcolm. You lived your life very well indeed.
Posted by Matthew Katz at 9:08 AM 1 comment:

Email ThisBlogThis!Share to TwitterShare to FacebookShare to Pinterest
Labels: R.I.P 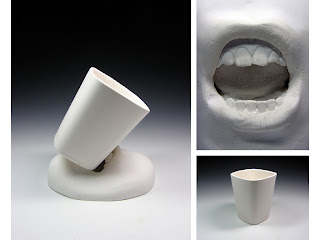 I was sent a great blog post by Jeremy Brooks, who is teaching a Tools, Materials, and Process class at the University of Michigan. The class is working on a project where they have to create a cup and a cast of their mouth to work as a cup holder. It is a really cool experiment of art, design and process.
Jeremy sent me the post with this note. 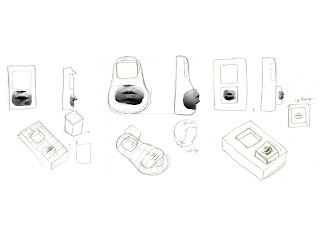 "My mold making class at the University of Michigan has really enjoyed working with your slip. For most of them, this is their first experience with casting slip. It is incredibly plastic for a casting slip and I am impressed with how far they can push it."

Of course I love to hear great reviews about how functional and versatile our Clays and Casting Slips are! 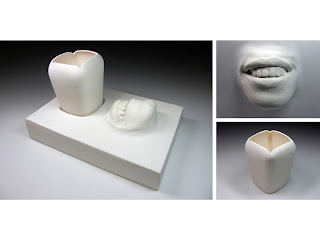 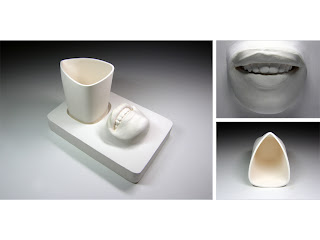 
Slipcast is brought to you by Matt and Dave's Clays
Clays designed by Scientists to work for Artists!
Porcelain for the People! 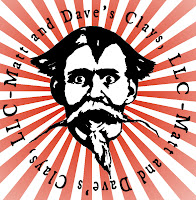 Email ThisBlogThis!Share to TwitterShare to FacebookShare to Pinterest
Labels: Matt and Dave's Clays 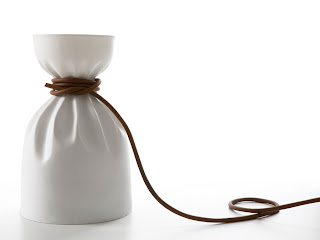 A very nice lamp from designer Simon Naouri and produced by Triode Edition. 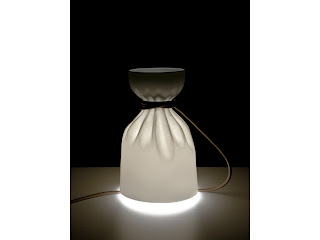 Slipcast is brought to you by Matt and Dave's Clays
Clays designed by Scientists to work for Artists!
Porcelain for the People!

Posted by Matthew Katz at 9:18 AM No comments: